Why does India Celebrate Republic Day? 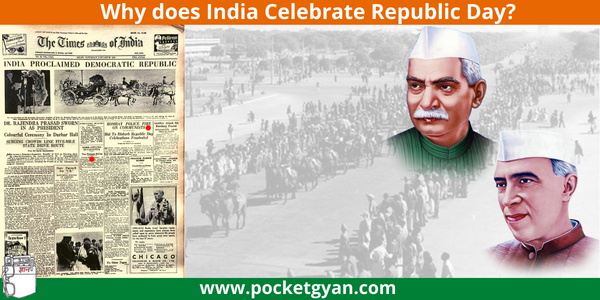 Why does India Celebrate Republic Day?

India celebrates Republic Day on January 26th every year to commemorate the adoption of its Constitution in 1950. This day marks the transition of India from a British colony to a sovereign republic. The Constitution was adopted by the Constituent Assembly of India on November 26, 1949, and came into effect on January 26, 1950, making India the world’s largest democracy.

The celebration of Republic Day in India is a grand affair. The main celebration takes place in the national capital, New Delhi, where a grand parade is held at Rajpath, featuring a display of India’s cultural and military heritage. The President of India, who is also the chief guest of the parade, arrives at Rajpath and unfurls the national flag, followed by a 21-gun salute. This is followed by a parade of floats representing different states of India, showcasing their cultural heritage and achievements. The parade also includes a display of the country’s military might, with a display of tanks, missiles, and fighter jets.

The Republic Day parade is not just limited to the national capital but is also celebrated across the country with great enthusiasm and patriotic fervor. Schools and colleges organize parades and cultural programs, and the national flag is hoisted at government and public buildings.

In addition, the parade also showcases India’s military might and cultural diversity, with participation from various states and Union Territories. It is a day of national pride and unity, bringing people from all walks of life together to celebrate the spirit of India.

India celebrates Republic Day on January 26th every year to commemorate the adoption of its Constitution in 1950, which marked the transition of India from a British colony to a sovereign republic. The celebration is a grand affair, marked by a grand parade in the national capital, cultural programs, and patriotic fervor across the country. The celebration is not just limited to one day but a week which promotes national unity and integration.