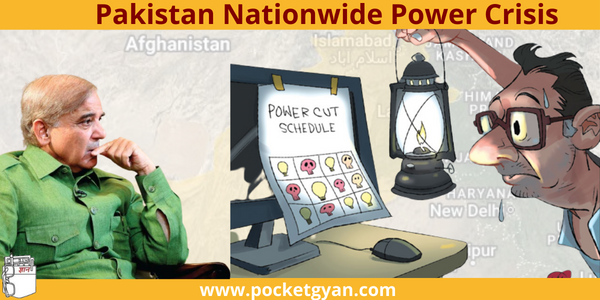 The root cause of the power crisis is a combination of factors, including a shortage of fuel to power the country’s power plants, an inability to pay for imported fuel, and a lack of investment in the country’s power infrastructure. Additionally, the government’s mismanagement of the power sector and its failure to address these issues in a timely manner has further exacerbated the crisis.

The impact of the power crisis on the economy is significant. Businesses, factories, and farms are struggling to operate without a reliable power supply, leading to job losses and reduced economic activity. Additionally, the power cuts are causing widespread inconvenience for citizens, with many households struggling to keep their homes cool in the hot summer months.

Furthermore, the power crisis is also putting a strain on the country’s healthcare system, as hospitals and clinics are struggling to keep their equipment and facilities running without a steady power supply.

The government has announced measures to address the crisis, such as increasing the supply of fuel to power plants and investing in new power generation capacity. However, these efforts may not be enough to fully resolve the crisis without significant structural reforms, such as privatizing the power sector, increasing transparency and accountability, and addressing corruption in the sector.

The power crisis in Pakistan is a clear indication of the escalating economic troubles that the country is facing. The crisis is having a significant impact on the economy, the livelihoods of citizens, and the country’s healthcare system. It is crucial that the government take immediate and effective action to address the crisis and implement structural reforms to prevent it from happening again in the future.