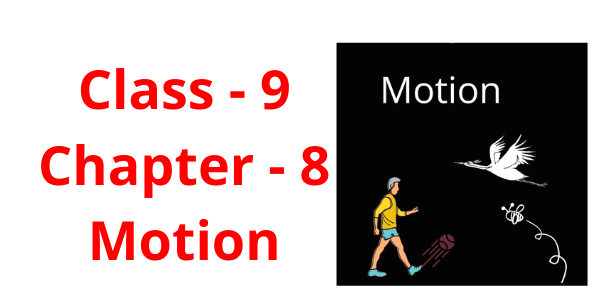 Change in the position of an object with respect to time is called motion.
Example –

The point from which motion of an object can be observed. It is also called the origin.
Example- The shopping mall is 3km south of my home. Here, we are specifying the position of the mall with respect to my home so my home is a reference point in this example.

•This is the simplest type of motion. It can be explained as follow.
•Let us assume a person starts his journey from point O that is its origin. He moves towards his destination “A”.Again follow the same path and reaches the next destination “ C”.

The total path traveled by an object.
Scalar quantity means it only shows magnitude, not direction.
It cannot be zero.
Total path travelled= 0A+0C
=60km+35km
=95km

The shortest distance measured between the final position and the initial position of an object.
– It is a vector quantity that means it has magnitude as well as direction.
– It can be zero
– Displacement of an object from 0 to B is 35 km in the above example.

When an object covers equal distance in an equal time interval.
Example- A bus driver covers 60 km in the first hour and then again 60kilometre in the second hour.

An object covers the unequal distance in an equal time interval.
Example- A bus driver covers 65 km in the first hour and 70 kilometres in second hours. This is an example of non-uniform motion.

8.2-Measuring the rate of motion-

It is defined as a rate of a change in the velocity of an object per unit time
Acceleration = change in velocity/ time taken
a = v – u / t
The value of “a “ is positive when the direction of velocity is positive a negative is when it is a positive direction of velocity.
Unit -meter per second square (m/s²)
The object is said to be in a uniform accelerated when that object travels in a straight line and its velocity increases or decreases by equal time interval whereas it is said to be in non-uniform acceleration when its velocity changes with a non- uniform rate.

The graph is a convenient method to present basic information about a variety of motion. Some of the graph representations are as follow: Time is taken along the x-axis and distances taken on the y-axis
Let us consider the small part AB, the velocity along this path is given by
v= s2-s1 / t2-t1 1- Velocity- time graph for the uniform motion of a car Distance travelled by car in time t2-t1 can be expressed as an area of rectangle ABDC. 8.5-Equation of motion by graphical method-

Equations of motion are- This is a velocity-time graph of an object moving with uniform acceleration.
point A=u

Distance travelled by object = S
time taken =t
acceleration = a
Now, according to the above velocity-time graph
. Distance travelled by an object =area of OABC
= area of rectangle OADC + area of triangle ABD
= OA x OC+½(ADxBD)
=ut+½(t x at)
S=ut+½ at² (This is the second equation of motion)

The motion of an object in a circular path or along a circumference of a circle. In circular motion, initial position and final position are at the same point or we can say displacement is zero.

2. A farmer moves along the boundary of a square field of side 10m in 40 s. What will be the magnitude of displacement of the farmer at the end of 2 minutes 20 seconds from his initial position?
Answer- Total distance travelled =4 X side
=4 X 10 = 40 m

3. Which of the following is true for displacement?
(a) It cannot be zero.
(b) Its magnitude is greater than the distance travelled by the object.

3. What does the odometer of an automobile measure?
Answer-The odometer measures the total distance travelled by automobile.

3. A train starting from a railway station and moving with uniform acceleration attains a speed 40 km h–1 in 10 minutes. Find its acceleration.

1-What is the nature of the distance-time graphs for uniform and non- uniform motion of an object?

2-. What can you say about the motion of an object whose distance-time graph is a straight line parallel to the time axis?
Answer-This says that the object is at rest.

3. What can you say about the motion of an object if its speed-time graph is a straight line parallel to the time axis?
Answer-Object is said to be in uniform motion.

1. A bus starting from rest moves with a uniform acceleration of 0.1 m/s² for 2 minutes. Find

2. A train is travelling at a speed of 90 km/h. Brakes are applied so as to produce a uniform acceleration of –0.5 m/s2.Find how far the train will go before it is brought to rest.

According to third equation of motion
v² – u² =2as

1. An athlete completes one round of a circular track of diameter 200 m in 40 s. What will be the distance covered and the displacement at the end of 2 minutes 20 s?
Answer-
Diameter of circular track = 200m

5. A driver of a car traveling at 52 km h–1 applies the brakes and accelerates uniformly in the opposite direction. The car stops in 5 s. Another driver going at 3 km h–1 in another car applies his brakes slowly and stops in 10 s. On the same graph paper, plot the speed versus time graphs for the two cars. Which of the two cars travelled farther after the brakes were applied?

Plot of speed versus time graph for the two cars is: Displacement of car A is given by area of triangle AOB =1/2. XOB X OA

6. Fig 8.11 shows the distance-time graph of three objects A, B, and C. Study the graph and answer the following questions: (a) Which of the three is travelling the fastest? (b) Are all three ever at the same point on the road? (c) How far has C travelled when B passes A? (d) How far has B travelled by the time it passes C?

Answer-(a) B, is traveling at the fastest speed as the slope of B is the greater (a) Find how far does the car travel in the first 4 seconds. Shade the area on the graph that represents the distance travelled by car during the period. (b) Which part of the graph represents the uniform motion of the car?
Answer-
(a) (b) The car is in uniform motion from the 6th to the 10th second.