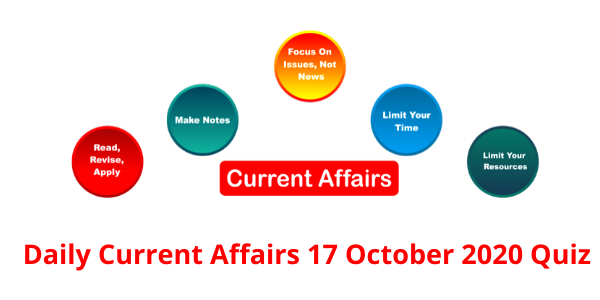 Q1. The STARS project has been approved by the Union Cabinet to improve India’s education system. The project will be implemented with financial support from which organization?
(a) World Economic Forum
(b) New Development Bank
(c) Asian Development Bank
(d) World Bank

Q3. Bhanu Athaiya, the first Indian to win the Oscar award, has passed away due to prolonged illness. In which category she won the award?
(a) Costume Designing
(b) Dance Direction
(c) Short Documentary
(d) Original Music

Q5. Sooronbai Jeenbekov has resigned as the President of ________ country?
(a) Uzbekistan
(b) Syria
(c) Azerbaijan
(d) Kyrgyzstan

Q9. Under the Strengthening Teaching-Learning and Results for States (STARS) project? How many states will be covered?

Q10. Which country has been re-elected as the co-president of the International Solar Alliance?
(a) France
(b) India
(c) Germany
(d) Israel

Q11. Akkitham Achuthan Namboothiri who passed away recently was a renowned _____.
(a) Doctor
(b) Actor
(c) Director
(d)Musician
(e) Poet

Q18. Recently ____________ which state government has decided to set up Farmers Welfare Fund Board for the upliftment of farmers?
(a) Rajasthan
(b) Haryana
(c) Gujarat
(d) Kerala